RSS
← Planned Parenthood on Gosnell Conviction: “It’s the Law’s Fault”
An Excerpt from THE ELEMENTS Book I →

A group of pro-lifers began praying for abortion doctor Kermit Gosnell last week before his conviction and this is the right thing to do. Although he snipped the spines of babies who could have thrived outside of the womb with medical attention, in performing late-term & born alive abortions, and as depraved as that is he too, can be forgiven. Whether through abortion or waging an immoral war, the taking of life is wrong & can be forgiven through Christ Jesus. Gosnell is  72 years old and ironically, although he illegally took life, he himself waived his right to appeals to avoid having his life taken. Even he would rather live than die – how ironic is that? I pray that before he takes his last breath that he repents, truly sees what he does as wrong & seeks salvation & forgiveness. I hope he realizes that legal or not, first trimester or late term, abortion is just wrong on so many levels. One thing I have observed is many liberals expressing disgust for what he did (and they are right). But many of them, had he done this in a state that allows late term abortion, would have no problem with the very same acts. God help us:

“We commit to praying for the repentance and salvation of abortionist Kermit Gosnell, convicted of three counts of First Degree murder of babies born alive,” Kemper says.

“While so many people are crying for blood and for him to be executed,” Kemper wants to turn that anger into loving prayers for the eternal life of a man who showed a callous disregard for human life. “I want to start a revolution of praying for the soul of Kermit Gosnell instead of crying for his death. I want him to find the hope I found in Jesus.”

Please click HERE to read the entire article. Note that as of today (Tuesday 5-14-13) Kermit Gosnell has waived his right to appeals to avoid the death penalty & has been sentenced to life imprisonment. 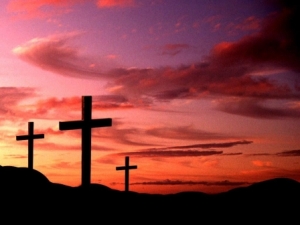 I normally don’t do this & know that I respect everyone’s right to choose their faith (or not). Briefly, I want to take a moment to invite all of you who subscribe to my blog or who will see it throughout social media to accept Jesus Christ if you have not done so already. Christ came an died on the cross and was resurrected for our sins. There is nothing to bad or horrific in the way of sin that God will not forgive. No sin is greater or worse than another. The choice is yours & please feel free to contact me via my blog, website or on social media if you have any questions about accepting Christ. God can forgive Kermit Gosnell and He can forgive you. This life only lasts for a time but eternity is…eternal. God Bless!

← Planned Parenthood on Gosnell Conviction: “It’s the Law’s Fault”
An Excerpt from THE ELEMENTS Book I →